Skip to content
“I know we’re in a lot of pain but we’re not going to die. We’re going to live for a long time. A long, long row of days and evenings.” –Anton Chekhov, Adapted by Kimberly Pau, Uncle Romeo Vanya Juliet
Photo by Ashley Garrett 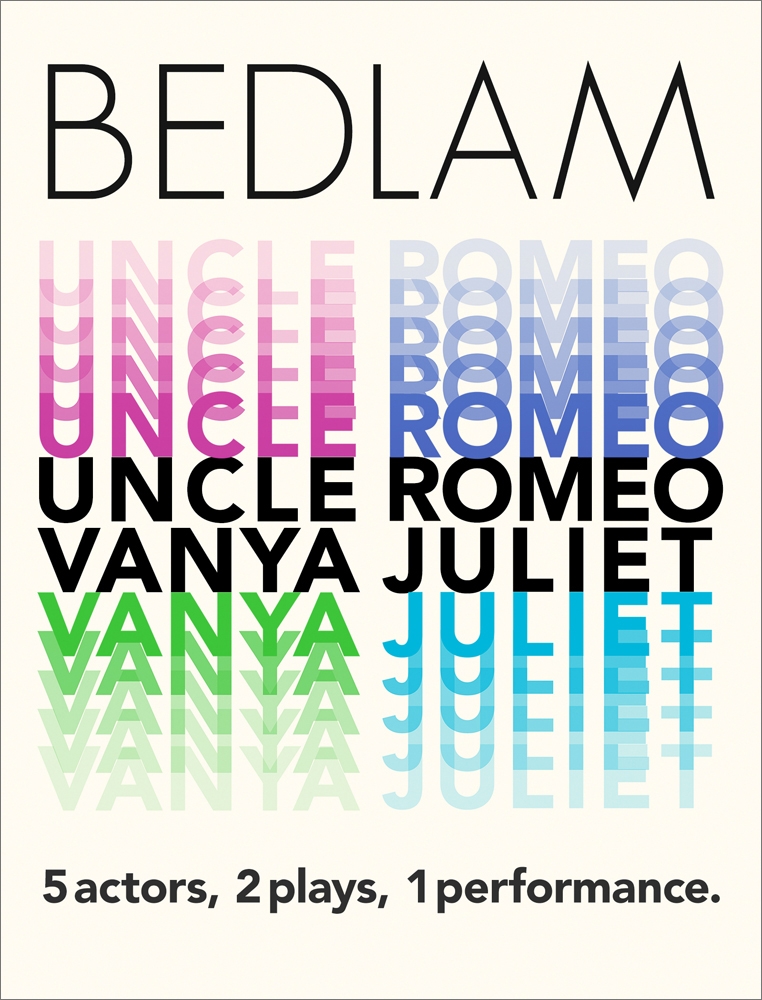 Bedlam’s Uncle Romeo Vanya Juliet “begins casually and ends by breaking your heart” This mash up production holds up “a Shakespearian mirror to Chekhov in order to unleash his oft-hidden weirdness, wildness, and yearning.”

(Bedlam’s “Uncle Romeo Vanya Juliet”) performed by a five-person ensemble, is altogether startling … like even the most avant-garde of (Eric Tucker’s) shows, (it) is both unpretentious and enormous fun … While the tone is often comic, on occasion wildly so, the underlying emotions are shatteringly serious: You never doubt that “Uncle Romeo Vanya Juliet” is all about the people that we never get to love, and the heartbreak that flows from that hard reality.”

Sit back and marvel at how effortlessly we are being drawn into the co-existing dramas.”

With the luminous Zuzanna Szadkowski(‘s) … husky inflections, expressive strut and sleepy-sad eyes, it’s no wonder she’s the object of all the men’s desires.”

Uncle Romeo Vanya Juliet begins casually and ends by breaking your heart. … The brilliance of Tucker and his company is to hold up a Shakespearean mirror to Chekhov in order to unleash his oft-hidden weirdness, wildness, and yearning. … Szadkowski and Millonzi are outstanding.”

(Bedlam is) an invaluable addition to our present-day theater scene.”

Kimberly Pau’s loosely contemporary adaptation of “Uncle Vanya” (Yelena to her husband: “take an antacid”) and Mr. Tucker’s use of songs like “Avalon,” “MacArthur Park” and “Total Eclipse of the Heart,” lend the story a timeless sense of frustration and anomie.. Ms. Szadkowski’s earthy, approachable Yelena has a convincing melancholy underlining, and Ms. Millonzi handles Sonya, who can too easily be reduced to a pathetic sad sack, with sympathetic care.”