Skip to content
“I have not wanted syllables where actions have spoken so plainly.” –Jane Austen, Sense and Sensibility
Photo courtesy of Portland Center Stage at The Armory, by Patrick Weishampel/Blankeye.TV 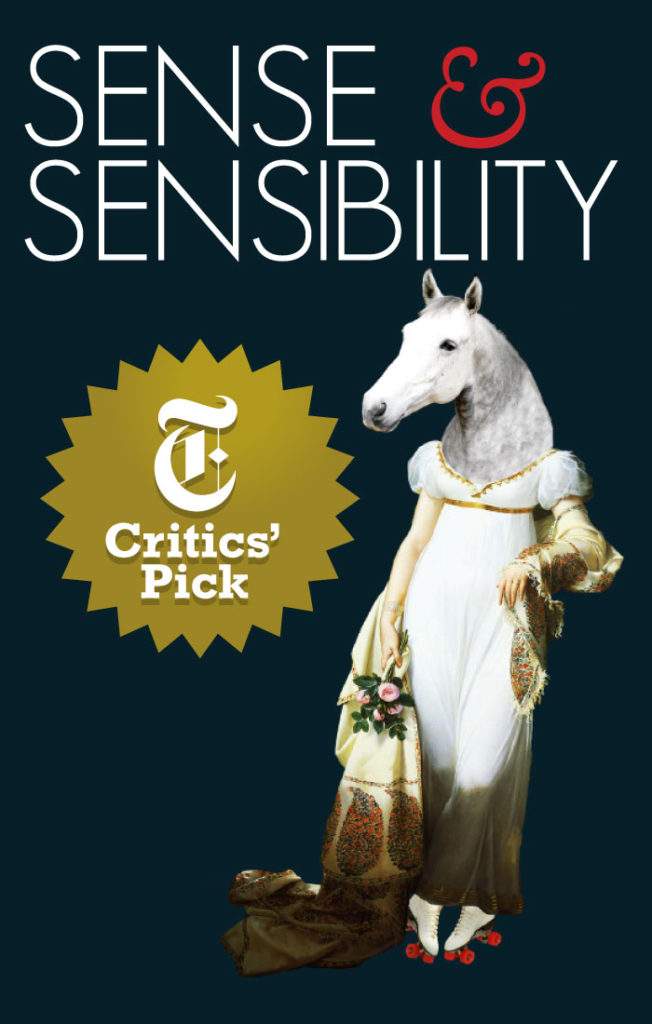 With a blend of playfulness Bedlam’s “signature do-it-yourself resourcefulness” the original production of Kate Hamill’s Sense and Sensibility “expands and magnifies Austin’s delicate comedic world without cracking a single teacup.” Bedlam’s Production ran for ten months Off-Broadway and has been revived in several major regional theatres.

Ms. Huff was born and educated in Düsseldorf, Germany and has worked in London, Los Angeles, and New York. Her work on feature films includes Little Women, Gulliver’s Travels, and The Crucible. In London, she collaborated with opera director Philip Parr on productions of La Bohème, The Magic Flute, and Così Fan Tutte, among others, and designed the puppets for the diorama at the Globe Theatre. In New York, she has designed many productions for Dicapo Opera Theatre, National Lyric Opera Touring Company, Encompass New Opera Theatre, and theatre company Playhouse Creatures (The Libertine), as well as The Turn of the Screw and Der Kaiser von Atlantis for new opera company Opera Moderne. She is currently working in collaboration with Opera Moderne on a new Opera Burlesque fantasy production for the burlesque group The Hot Box Girls. Since moving to New York, Ms. Huff has received two awards for her work: from Opera Online for Romeo & Juliet in 2008, and from ME Entertainment World for The Libertine in 2013. www.angelahuff.com

Off Broadway | The Gym at Judson

(in rep with The Seagull)

It’s one of the best things I’ve ever seen onstage. Save your ‘Hamilton’ dollars and go see it.”

A Look Into Various Productions of Bedlam's Sense & Sensibility